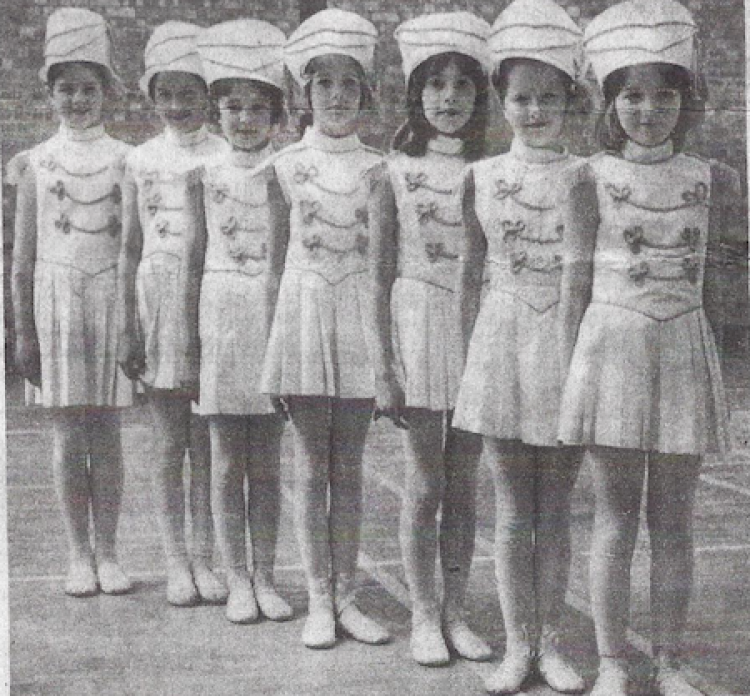 Welland School of Dancing began in the summer term of 1964 under Mrs Susan Mitchell Smith, and had two classes held at the YMCA, St Peter’s Hill Stamford; a class for 3-4 year olds and ballet class for those of 5 years and over.The pianist was Miss Marjorie Perkins who was already playing for Mrs Mitchell Smith’s classes at Stamford High school where she had been teaching since the end of 1963, having been introduced to the pupils there by their former teacher Mrs Elizabeth Dawes. Susan Mitchell Smith also held Keep Fit classes and dance classes at Easton on the Hill.

At the school’s greatest point of expansion during this time there were over one thousand pupils, two full time teachers, and three part time, a part time secretary and a cleaner. Susan’s husband Colin did most of the financial side of running the school, and also acted as stage manager, lighting operator, made props and did any artwork that was needed.

The first Welland School of Dancing display was on 17th July 1965 at the Darby and Joan Hall in Stamford. All proceeds went to the Darby and Joan Club. The school continued to have regular displays of its own, normally involving most of the students, so the dance numbers were based on what the students were already doing in class. The studio classes were RAD ballet, ISTD modern and Tap with preparatory classes for 3-4 year olds as well as Adult Ballroom and Ballet and Tap classes in Stamford, and also GCE ballet. The performances were always in aid of a charity, very often the Sunshine Home for Blind Babies and Young Children, and took place at various venues over the years such as the Congregational Hall in Broad St, Casterton Village College, Stamford Theatre and the Key Theatre at Peterborough. The WSD also took part in smaller displays for other organisations such as Church fetes, Stamford Hospital and Celebrations of Faith.

Susan Mitchell Smith had many teachers over the years. Mrs Anne Beddow (then Miss Anne Groves) was the first teacher who joined her in September 1966. She initiated the Ballroom exams at the High School and stayed until 1970.  The first set of RAD Ballet exams took place in 1966 and were reported in the Stamford Mercury. ISTD Modern and Tap exams were also taken as were Cecchetti Ballet and Ballroom exams at Stamford High School.