Thirteen WSD students performed in English Youth Ballet's production of Coppelia on Friday 23rd and 24th July 2017 at the Stamford Corn Exchange Theatre. The audience were blown away but the standard of the production and all the students excelled. Director of EYB singled out two WSD pupils for awards - Isabel Laventure won the junior award and Xander Cooke the overall outstanding performance award. Congratulations to all those who took part.

We say goodbye and good luck to our WSD 2017 leavers. From left to right: Ella Glover who is going to University of York to train to be a teacher, Grace McDermott takes up a place at Masters Performing Arts College, and Angela Wilson starts at London Studio Centre on the classical course. We wish them all good luck for this exciting new chapter in their lives.

SUPER PROUD of this young lady today. She danced beautifully at the All England Regional Final! Lyrical solo choreographed by Miss Lisa. 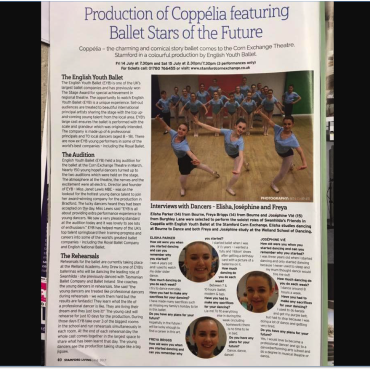 English Youth Ballet’s production of Coppelia to be held at the Stamford Corn Exchange in July.
Josephine and Freya were selected to perform soloist roles of Swanhilda's Friends in Coppelia with English Youth Ballet.They’ll be performing alongside several other WSD pupils who successfully auditioned for the company. 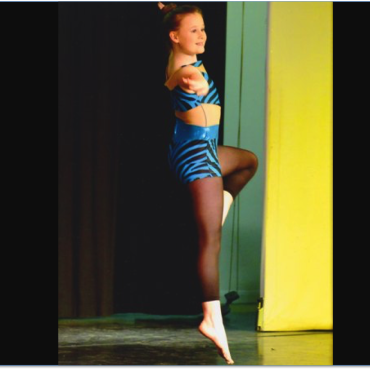 Congratulations to Lucy Wouldham for coming 3rd out of 17 contestants in her Modern Dance Solo at Colsterworth Festival this February half term. 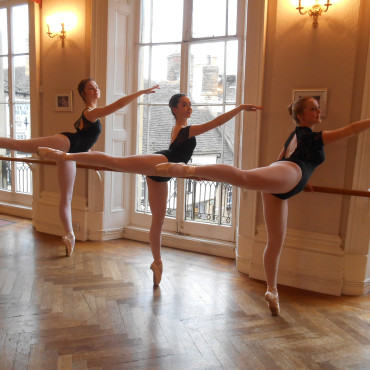 Left to right Ellen Martin, Emily Boswall and Poppy Brewell, 2015 graduates of WSD who have all gone onto full time vocation dance school in September 2015. Ellen and Emily are studying a 3 year diploma in Classical Ballet at Ballet Theatre UK school, and Poppy Brewell is doing a foundation year in Musical Theatre at Bird College. 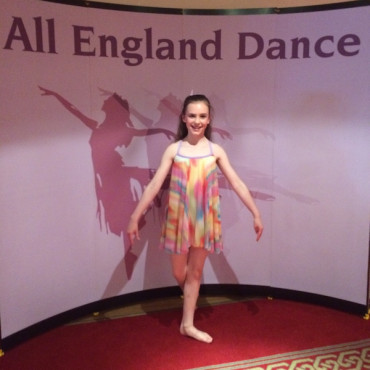 Freya Briggs represented WSD at the 2015 All England regional heats competition.
Congratulations to Freya Briggs winning 1st place with her Lyrical Modern Dance choreographed by Miss Amy, with an outstanding 90 marks - the highest the adjudicator had awarded a soloist!

The Junior Pre-Major group appeared in the Stamford Gilbert and Sullivan production of HMS Pinafore in Oct 2015 at the Stamford Corn Exchange. 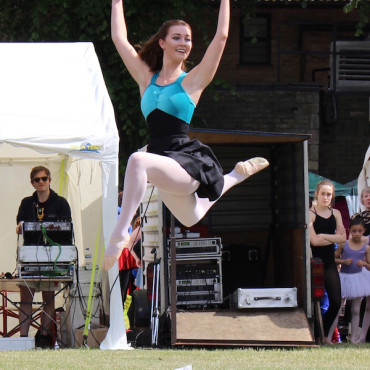 Jenny Richardson former pupil of WSD who gained a scholarship and is now studying at Tiffany college from Sept 2015. 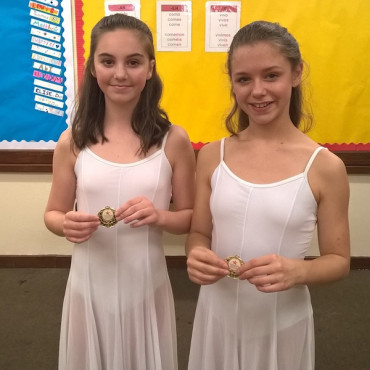 Won the modern duet section of the Huntington Festival in Oct 2015, with a duet choreographed by Sasha herself. 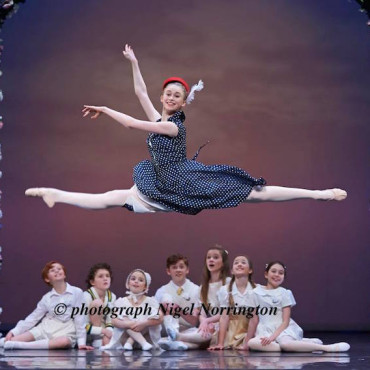 The WSD 2014-15 PACE Award (Progress Achievement Commitment and Effort) went to Sasha Robinson. The award includes a trophy and a scholarship towards her tuition fees.

Xander Cooke won the Frank Freeman scholarship at a Boys Only workshop held at the RAD Headquarters. He was up against hundreds of other boys from all over the world. The scholarship was for a place on the RAD’s summer school.

Congratulations to Joséphine and Marianne Vié who came 2nd in their Ballet duet "The Birthday" at Spalding Dance Competition today.